If you’re a fan of the Bliss series and especially for readers of Game Player, you’ll be waiting with baited breath for the release of Zach and Danika’s story in Game Maker, the second book in the new Game Series. 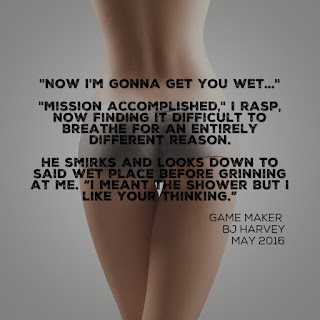 The cover reveal for Game Maker will be held on May 16th and the book will release on or (maybe slightly before – you know what I’m like with releases) May 26th.

Now for the good bit.

I was tagged in a post on Facebook to share part of my work in progress, and since Game Maker is the last book I finished writing and Game #3 has started but is kind of top secret right now *wink wink* I shared some of Game Maker – in particular, some of Dani’s adorkable conversation with Zach

“Nothing,” I reply with a shrug, trying to sound as nonchalant as possible when in fact I’m anything but. “It’s just been a long day and I’m thirsty. Parched even. I’m just going to go get another one. Do you need another one?” My whole speech sounds like a dictation tape playing at triple speed. His ice blue eyes dance with amusement and my cheeks heat up as mortification sinks in.

Maybe that could be the name of the next Star Wars parody film. I bet it would make millions from people watching my complete and utter humiliation in front of the man I’ve wanted to kiss, touch, and do other stuff with since I was fourteen. Yeah, instant blockbuster there.

“I wouldn’t want you keeling over from dehydration. Let me escort you to where the liquid sustenance is kept,” he teases and damn if it doesn’t make him even hotter.

I scowl, making his smile grow wider, the dimple on his right cheek making an overdue appearance. If I thought I was warm and gooey before, that look has ruined me for all other men.

No word of a lie, Henry Cavill could walk up to me right now and pledge a life of love, fidelity and superhero orgasms and I’d happily say ‘no thank you Sir, I’m happy as I am.’

May 26th – The baby Roberts sister will take the biggest risk she’s ever taken in her 21 year life and make a move on her beloved big brother’s best friend. What could be better than that??

And what’s a Game book without some Mama Roberts’ advice? 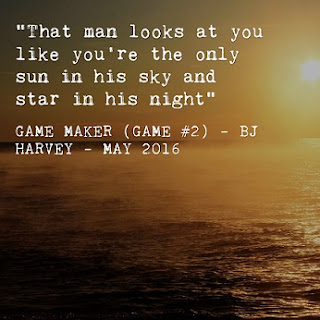